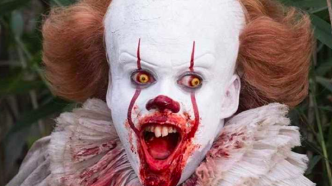 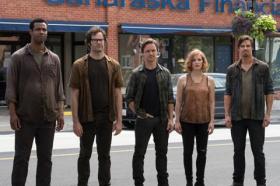 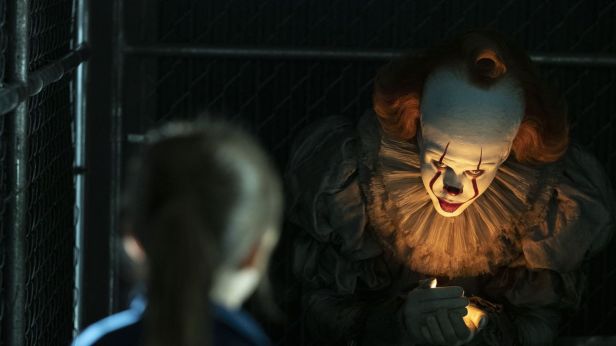 I’m late to the party on this, mainly because I feel the previous film was overrated and I’m not exactly eager to see any more. However, in the end, curiosity gets the better of me. I’ve always considered the source novel Stephen King’s best piece of writing. So here I am, watching It: Chapter Two, and moreover, viewing it on Cineworld’s ‘immersive’ concept Screen X. (Essentially, it’s a big screen with images that occasionally go around corners. Not so much immersive as meh).

The first thing to say is that director, Andy Muschietti, has been a lot more ambitious this time around, ramping up the terror content and aiming for a much more convoluted storyline. Sadly, he’s not reined himself in on the running time. Two hours and forty nine minutes, is, to my mind, about an hour longer than this material deserves. There are things here I like a lot and things that I really don’t. Too many scenes feel over-egged; starting off promisingly enough, only to be swamped by CGI-assisted ‘horrors,’ that diminish the fear quota simply by showing too much.

‘Less is more’ is a famous adage that Mr Muschietti clearly doesn’t subscribe to.

It’s twenty-seven years since the events of the first movie and in the little town of Derry, a horrible homophobic attack signals the return of killer clown, Pennywise. Mike Hanlon (Isaiah Mustafa), the only member of ‘The Losers’ to still live in his hometown, realises that all is not well, and summons the other members of his teenage club. All of them seem to be doing their level best to live down their old nickname. Bill (James McAvoy) is now a succesful author and scriptwriter, currently shooting a film with none other than Peter Bogdanovich. Ben (Jay Ryan) is a hyper-successful architect, Richie (Bill Vader) a well-known stand up comedian and Eddie (James Ransome), an accident risk assessor. Beverly (Jessica Chastaine) has the misfortune to be suffering through an abusive relationship, but still appears to be surrounded by the trappings of great wealth. And as for Stanley (Andy Bean)… well, those familiar with the novel will know what to expect on that score and I won’t spoil it for the others.

Anyway, the old team reunites back in Derry, to honour the promise they made twenty-seven years ago…

Incidentally, the film continually cuts back and forth between present day and the characters’ teenage years and I have to say that the matching of young actors to adult ones is superlatively done. If only the film’s internal logic had been approached with such care. There are things here that simply don’t add up, which makes for frustrating viewing. This is a curious rag bag of a film. There’s plenty to enjoy but every time I start to settle into something close to pleasure an incongruous development steps out of the woodwork to smack me in the face. Also, there are fat-shaming comments; outmoded ideas of what a psychiatric institution looks like and the exoticisation of Native Americans. Not all of King’s tropes have aged too well.

Watch out for a neat cameo from Stephen King, visual references to The Shining and a direct quote from John Carpenter’s The Thing, amongst others. And be prepared for a long sitting. Somewhere in this labyrinthine film, thare’s a cracking little horror movie screaming to get out.