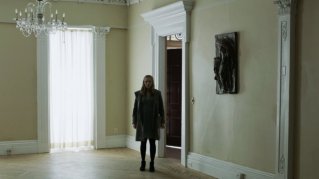 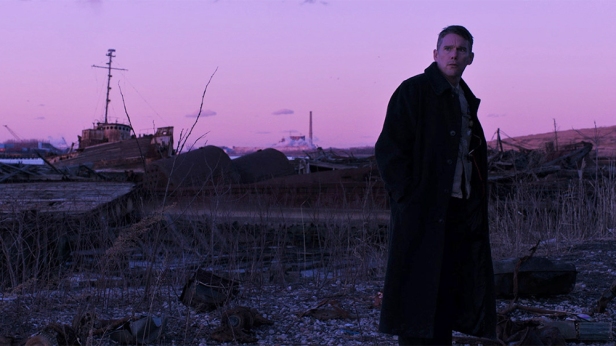 Paul Schrader is most famous for writing Taxi Driver, Martin Scorscese’s devastating study of a lonely outsider driven to an act of extreme violence – but as a director, he has never really quite hit the mark. There was his fitful remake of Cat People in 1982; his study of the Japanese poet Mishima in 1985; and, more recently, his self-produced film, The Canyons, which attempted (unsuccessfully) to revive the flagging career of Lindsay Lohan. First Reformed arrives in the UK garlanded with praise by the American critics and it certainly represents Schrader’s most assured work as a director, but, perhaps unsurprisingly, the story it most resembles is Taxi Driver. It’s as though he can’t quite shrug off the influence of his finest achievement, even after all these years.

Ethan Hawke plays the Reverend Toller, resident priest of the titular church, an ancient clapboard affair that these days is more a haunt for tourists and souvenir-collectors than an actual congregation. Toller has experienced some misery in his recent past – his son, a soldier, died on active service in Iraq, and Toller’s marriage has subsequently failed because of that loss. It’s clear he’s been given this post mostly out of sympathy and he’s doing his level best to handle the role, but he’s increasingly troubled by the fact that his church is just a small part of a much bigger concern called Abundant Life, whose major benefactor is one Edward Balq (Michael Gaston), a local businessman who has his fingers in some very dodgy – and environmentally damaging – enterprises. To add to his problems, Reverend Toller is suffering from some kind of intestinal cancer and is existing mostly on a diet of whisky and Pepto Bismol.

Then he’s approached by young parishioner, Mary (Amanda Seyfried, taking a break from her usual more lightweight roles). She is pregnant but deeply concerned about her partner, Michael (Philip Ettinger), an environmental activist, who is clearly having doubts about bringing a child into such a troubled world. Toller agrees to talk to the young man and finds himself increasingly agreeing with Michael’s point of view. As events develop, he is also irresistibly drawn to Mary herself. And, as he struggles to deal with that realisation, he begins to contemplate an act of unspeakable violence…

This is an extremely dour and sombre film, shot in desaturated colour and projected in an almost square 1:37:1 ratio. The interiors of Toller’s house are distressingly bare and there’s a strange, almost subliminal score, courtesy of Brian Williams, that seems to amp up the sense of alienation we share with him. Hawke is excellent in the title role and the central premise of the aspirations of the church having to bow down in the face of big business are deftly explored. It’s by no means a perfect film – and I can’t help feeling that some of the praise that’s been lavished upon it may have been somewhat exaggerated – but it’s compelling enough to see you through to its odd and profoundly unsettling conclusion. Is it possible for a priest to maintain his faith in such a corrupt and devastated world? Does religion even have a place in it? Schrader’s film is brave enough to ask the questions, even if it can’t quite supply the answers.