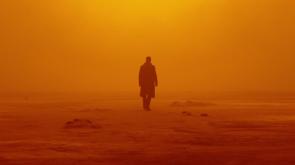 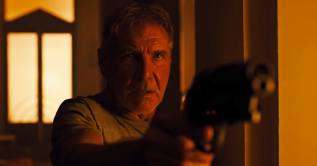 The original Blade Runner (1982) is widely regarded as a classic of the sci fi genre. People forget that on its release, it didn’t receive much acclaim. The critics were distinctly sniffy about it and, for that matter, it didn’t exactly pack out the multiplexes. But, over the intervening years, its stature has grown, especially as original director Ridley Scott couldn’t seem to stop tinkering with it. This must surely be the only film where the Director’s Cut is actually shorter than the theatrical release?

When the news broke that there would be a sequel – and furthermore, that Scott would only be producing, rather than directing, expectations plummeted. But the appointment of Denis Villeneauve to the director’s seat definitely helped to bolster confidence; (his Arrival was one of the most acclaimed films of last year) and besides, Scott’s recent return to another of his franchises, with Alien Covenant, hadn’t exactly been the massive success everybody had predicted. Maybe it was the right thing to go forward with a new hand on the helm. Then the advance reviews for Blade Runner 2049 broke and it was, apparently, a masterpiece, a jaw-dropping work of staggering genius. The truth of course, is that it isn’t quite that, but it is an assured and credible sequel to the original film, which is pretty much all we could have hoped for.

It’s thirty years since the events of Blade Runner and a new generation of replicants – ones that are supposedly incapable of insurrection, are now taking on the work that humans disdain, including hunting down and ‘retiring’ the last remaining Nexus 6 models, who are still insisting on going about their business. ‘K’ (Ryan Gosling) is one of the new breed of ‘skin job’, working as a Blade Runner for the LAPD, under the direction of Lieutenant Joshi (Robin Wright). While hunting down renegade replicant Sapper Morten (Dave Bautista), K makes an unexpected discovery. Buried in a box beneath one of the world’s last surviving trees, are the remains of a woman. The pathology department soon establishes that she died in childbirth. The problem is, a serial number hidden in her bones identifies her as a replicant. And replicants are supposedly incapable of procreation. This is news that threatens to have world-changing repercussions and one, when you think about it, that is the basis for most religions.

If Villeneauve’s brief was to mirror the look and feel of the original movie, then this has to be regarded as a success. The squalid grandeur of the cityscapes are breathtakingly realised, the recreation of a smog laden, overcrowded dystopian Los Angeles is perfectly achieved – even Hans Zimmer’s eerie score manages to echo the feel of the Vangelis original while still somehow managing to be its own beast. The references to the first story are all cleverly integrated. Nothing ever feels tacked on.

But this is more than just an accomplished rehash. I particularly liked the concept of Joi (Ama de Armas), K’s virtual reality companion, which gives you an idea of where the likes of Siri and Alexa are eventually going to wind up. A VR creation capable of feeling love for its owner? This element is the film’s strongest card, (and a scene where Joi ‘borrows’ the body of another woman in order to make love to K is a standout); but there are plenty of other thought-provoking ideas in here, much more than the usual cartoonish ones we’ve become used to in this genre. They will have you discussing their implications long after the credits have rolled.

What exactly does it mean to be human? How important are memories to our evolution and to what degree can we trust them? And perhaps, most baffling of all… why does Harrison Ford never seem to get any older?

Okay, so the film isn’t quite perfect. Jared Leto’s Niander Wallace  – the man who has inherited and improved upon the Tyrell Corporation’s achievements – is a bit wearisome, to tell you the truth, given to intoning his lines like an Old Testament prophet; and while I appreciate that there must be fight scenes in a film like this, the climactic punch up between K and a supercharged female adversary seems to go on for just about forever. But the ending is cool. I really didn’t see that coming…

Inevitably, arguments will rage about this one. Some people are going to hate it. Some are going to insist that it’s way better than the original. But for me that will always be a solid gold five star picture, while this one? Close, but no cigar. Maybe just a slim panetella.