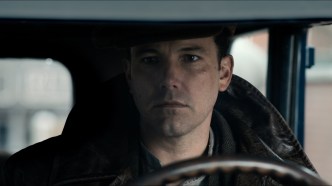 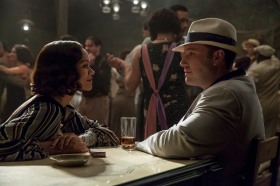 Ben Affleck has already proved his worth as a director – Gone Baby Gone and Argo are just two examples that spring to mind – and adaptations of the novels of Dennis Lehane have already yielded cinematic gold on several occasions, so it’s hard to pin down exactly why Live By Night fails to measure up to expectation. It’s a handsomely mounted production, its 1920s setting lovingly evoked and there’s a stellar cast in evidence, with the likes of Brendan Gleeson, Chris Cooper and Elle Fanning submitting strong performances in what amount to little more than cameo roles. But there’s an overpowering conviction that the film is simply trying to cover too many bases for its own good, that a simpler, more linear narrative  would have exerted a stronger grip on its intended audience.

Affleck plays Irish-American Joe Coughlin, an ‘outlaw’ with his own moral code. As he puts it, he doesn’t mind working for gangsters, he just doesn’t want to be one. Which is, it has to be said,  a fairly nebulous difference. After a violent brush with New York Irish mob boss, Albert White (Robert Glenister), results in a lengthy stay in the chokey, Coughlin goes to work for the Italian mob, run by Maso Pescatore (Remo Girone) and finds himself relocating to Florida, where he becomes a major player in the burgeoning rum-running business. He also romances and marries Graciela (Zoe Saldana) and it begins to look as though a pleasant future is assured for both of them. But when Pescatore’s plans for a big casino go awry (largely because of Joe’s refusal to be as villainous as he actually needs to be), it soon becomes clear that there will be the inevitable deadly reckoning…

This is by no means a terrible film and, every now and then, events do spark into fitful life. An early car chase featuring vintage automobiles is decent enough and Elle Fanning’s role as a former heroin addict who turns to religion for salvation is briefly diverting, but too often events become bogged down in a lot of talking and not enough action. And the screenplay seems to want to have a bit of everything, involving as it does the Ku Klux Klan, Latin American swing music and whatever else happens to be wandering across the cinematic horizon. Even the film’s climactic shootout is followed by another half hour of loose ends being tied, all of which goes to dilute its appeal.

Which is a shame because it’s evident that much love and care has gone into the making of Live By Night. A stronger hand in the editing booth would probably have delivered a different viewing experience but, as it stands, this is to be filed under M for ‘Meh.’