It was another fantastic three weeks at the Fringe for us. We crammed in as many shows as we possibly could – and still barely managed to scratch the surface. Here’s our pick of the best we saw this year. Congratulations to everyone mentioned.

The Power Behind the Crone – Alison Skilbeck

The Darkness of Robins – John Robins

These Trees the Autumn Leaves Alone – Will Greenway

The Man on the Moor – Max Dickins 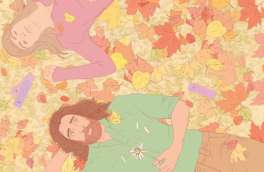 What is is about Australians and the art of storytelling?

Wil Greenway was one of our best discoveries at last year’s Fringe. This red-headed, bearded, vaguely hippie-ish guy presented a show called The Way the City Ate the Stars and we thought it was one of the most magical acts we’d ever seen. So of course we want to see him again! But the main question at the back of my mind is this: can he do it a second time? Can he honestly hope to reproduce the same levels of delight that he gave us last year? The answer to that, as it turns out, is a resounding yes. TTALA is every bit as good – maybe even better.

If this doesn’t sound enticing, well, don’t be misled. The way Greenway tells a story is right up there with his compatriot, Sarah Kendall. He manages to weave this wonderful spell as he talks, aided and abetted by the marvellous vocals and guitar of his cohorts Kathryn Langshaw and Will Galloway, so that the most mundane things are made to sound quite beautiful (hell, in this show, Greenway describes a character throwing up and somehow manages to turn it into one of the most elegant pieces of prose I’ve ever heard).

This is wonderful stuff, powerful enough to transport you into the world of Greenway’s imagination, which let me assure, is a splendid place to pass an hour. If you see only one act by a red-headed, bearded, vaguely hippie-ish guy at this year’s Fringe, then this should be it.