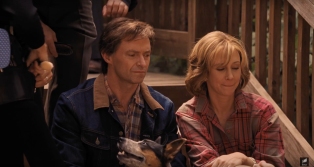 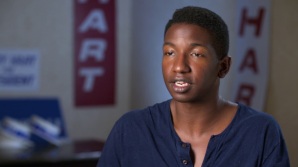 It’s 1988 and Gary Hart (Hugh Jackman) is the voice of hope for a new generation of American liberals. He’s the clear front runner for the Democratic presidential nomination, and young people are queuing up to work on his campaign, relinquishing their jobs and moving away from their families, believing they can help to secure real change. Hart has a clear vision of what he wants to achieve in four key areas – economics, education, employment and ethics – and the charm and charisma to pose a threat to the incumbent Reagan-led Rebublicans.

But he’s naïve about the extent to which he will be held personally accountable to the public, believing his private life irrelevant to the political sphere. So, when he has a casual and ill-advised affair right in the middle of this most crucial campaign, the resulting press exposure completely kills off his career.

Jason Reitman’s film focuses mainly on this moral conundrum: where do we draw the line? Does it matter if politicians betray their spouses if they’re steadfast in their duties to the state? Or can we infer from their domestic infidelities a sense of how they will treat us, the people that they serve? Does the press have a duty to focus more on policies than peccadilloes? What matters most, in the end?

We’re not really offered any answers here and, while I applaud the lack of sensationalism, it does mean that there’s a certain lack of drama too. The storytelling is so nuanced and subtle that it verges on the dull. It seems a little dated too: in this era of Trumpian excess, an extra-marital fling seems almost too quaint to care about. Where are the porn stars and the Russian oligarchs, the pussy-grabbing and the bogus charities? Ah, maybe that’s the point. Have the tabloids so inured us to scandal that we’re unable to see when it crosses into something truly worrying?

There are some strong performances here. Jackman, of course, excels in the lead role, and Mamoudou Athie and Molly Ephraim stand out as the journalist and intern who, respectively, witness their idol’s fall, forced to recognise reluctantly both the limitations of the man and the demise of their Democratic dream. But Vera Farmiga (as Hart’s wife, Lee) and JK Simmons (as campaign manager, Bill Dixon) are criminally underused, and the whole film feels as if it needs a shot of caffeine or adrenaline.

In the end, this just isn’t compelling enough to make the trip to the cinema worth the effort. Close, but no cigar.