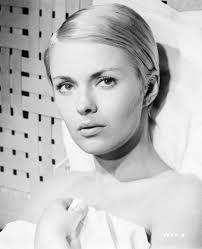 In the year 2020, who even remembers the name of Jean Seberg? Not many people judging by the meagre crowd gathered at tonight’s screening.

But hers is a fascinating story of toxic stardom, of a young performer whose life was systematically destroyed by the FBI; of a reckless but well-intentioned young woman, who got embroiled in events she couldn’t hope to control – events that would eventually destroy her.

Catapulted to stardom at the age of seventeen, Seberg starred in Otto Preminger’s Saint Joan and suffered serious burns when her character’s onscreen immolation went horribly wrong. A few years later, she became the darling of the French New Wave when she starred in Jean Luc Godard’s Breathless. But Seberg, directed by Benedict Andrews, examines her ill-fated trip to Hollywood in the late 60s, where she’d gone to film the Western musical Paint Your Wagon. (Or ‘Clint Eastwood Sings!’ as it’sfondly remembered my many.)

Seberg (Kristen Stewart) reluctantly leaves her husband Roman (Yvan Attal) at home with their young son. On the plane to America, she meets up with Hakim Jamal (Anthony Mackie), an influential player in the burgeoning Black Power movement. She shows solidarity with his cause, contributing funds for the school he runs and, shortly afterwards, embarks on an affair with him. This brings her to the attention of the FBI, where operative Jack Solomon (Jack O’Connell) is directed to put her under intense surveillance. When Seberg starts to engage with more powerful members of the Black Panthers, the agency sets put to discredit her by making the details of her affair with Jamal public – and, in the increasingly poisonous atmosphere that ensues, Seberg’s sanity is pushed to the edge of the abyss…

Seberg is an interesting if somewhat flawed film. Stewart is an assured actor (and, given the invasive media coverage she herself has endured, it’s easy to see what attracted her to this role), but the fictional elements of this retelling of Seberg’s story are rather less successful. O’Connell’s tightly buttoned FBI man doesn’t really have enough to do, hanging around the edges of events, listening in on her via bugging devices and serving as the audience’s collective conscience. His exchanges with his hard nosed colleague Carl Kowalski (Vince Vaughan) are nicely drawn but don’t add much to the telling.

The era is nicely evoked but I would have liked to have seen some recreations of the filming of Paint Your Wagon thrown into the mix. (This is, after all, a biopic.) Perhaps there simply wasn’t the budget for that approach or more likely the filmmakers couldn’t obtain the rights. There are a couple of tantalising glimpses from St Joan and Breathless, but its not enough.

In some ways, this could be seen as the tale of a luckless individual crushed by the corrupt might of American law enforcement. But really, as Seberg herself says, ‘I am not the victim here.’ There is a much bigger  story – a shocking demonstration of the depths that the American justice system will sink to in order to prevent black people from ever achieving any sort of equality.

There seem to be quite a few such stories around right now. Add Just Mercy and Richard Jewell to the mix and we’re beginning to see a familiar trope. All of these films offer the same narrative: America is a corrupt and unforgiving place and things aren’t getting any better for the poor and the dispossessed.

This is worth seeing for Stewart’s powerful performance in the title role, but I can’t help feeling it could have been more effective than it ultimately is.