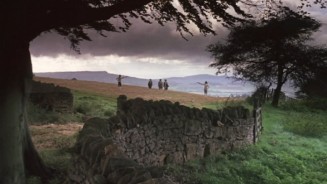 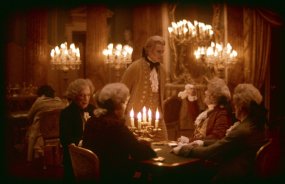 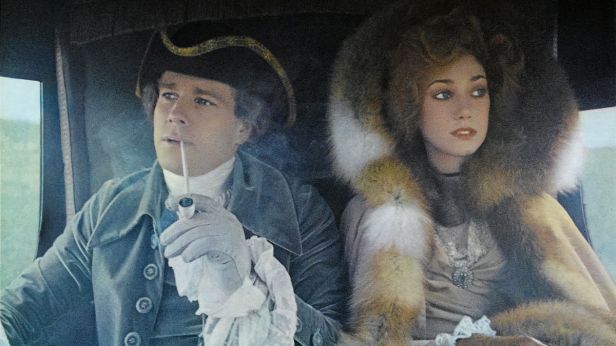 It’s one of the hottest days of the year and we’re in the Cameo cinema watching a film. (Yeah, I know. What else is new?)

Mind you, this is no ordinary film, but Stanley Kubrick’s Barry Lyndon, which I haven’t seen since its original release in 1975. In many ways, it’s both his masterpiece and his most under-appreciated movie. It’s being shown here as part of a Kubrick season, all three hours and five minutes of it – complete with an interval for those who need the opportunity to empty their bladders. It is a quite extraordinary accomplishment, epic in scale, with some of the most gorgeous cinematography I’ve ever seen – courtesy of the late John Alcott, for which he won a well-deserved Oscar. Individual frames look like oil paintings and the night-time interiors, lit only by diffused candlelight, really manage to capture the feel of the period.

In eighteenth century Ireland, young Redmond Barry (Ryan O’Neil) falls for his cousin, Nora (Gay Hamilton), and feels extremely slighted when she starts a flirtation with wealthy English cavalry Officer, Captain Quinn (Leonard Rossiter), a union that is widely encouraged by Nora’s impecunious family. When an impending marriage is announced, Redmond recklessly challenges Captain Quinn to a duel, the result of which forces him to leave home and head for Dublin, in order to lie low.

On the way there, however, he is robbed of everything he owns by a highwayman. This obliges him to enlist in the English army – which is just the start of a long and eventful journey for him, as his fortunes rise by the force of sheer good luck, and he travels the world courtesy of the Seven Years War. Eventually, he ends up as a professional gambler in England, where he sets his sights on Lady Honoria Lyndon (Marisa Berenson), a beautiful but melancholic married woman with an ailing husband. Pretty soon, the husband is dead and Redmond and Lady Honoria are married, but his presence is not appreciated by everyone, particularly by Lady Honoria’s young son, Lord Bullingdon (Leon Vitali), who sees Barry Lyndon (as he now calls himself) as a usurper to his late father’s title…

Based on the novel by William Makepeace Thackeray – whose witty narrative descriptions, read by Michael Hordern, regularly punctuate proceedings – this is old style movie-making of the kind we’ll probably never see again. No CGI here, folks: everything, from those lush landscapes to the expansive battle scenes, has been done for real. It’s interesting to watch Vitali (recently the star of documentary Filmworker) beginning what was to become a long and arduous relationship with Kubrick, going on to abandon acting in favour of becoming the director’s right hand man. Fascinating, also, to witness a wealth of notable actors in smaller roles – Hardy Kruger, Murray Melvin, Andre Morrell, Steven Berkoff… the list goes on.

As you’ll have gathered, I’m a huge fan of Kubrick’s work and what I particularly like about him is his eclecticism. It’s hard to believe this was directed by the same man who made The Shining… or A Clockwork Orange… or 2001: A Space Odyssey. The love and attention to detail lavished upon Barry Lyndon is quite frankly staggering and, no matter how appealing the weather, this is one opportunity that no true film fan can afford to pass up.

After all, the sun will be back another day. Sadly, Stanley Kubrick won’t.