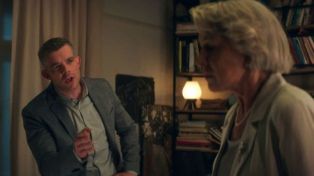 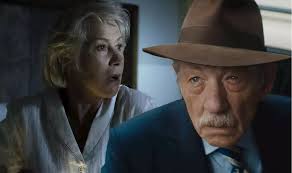 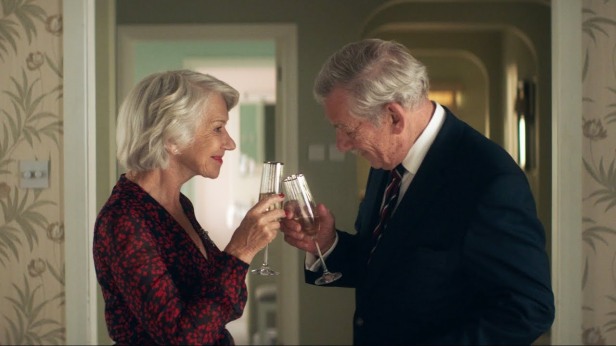 The Good Liar is a pacy thriller, set in the unlikely world of silver dating. Helen Mirren is Betty McLeish, a retired Oxford professor, recently widowed and seeking companionship. She meets up with Roy Courtnay (Ian McKellen), who, despite appearances, is quickly exposed to the audience as all rogue and no charm – indeed, a thoroughly bad egg. He’s a conman, masterminding sneaky schemes to ensnare gullible businessmen, and keen to relieve Betty of her rather impressive savings.

Before long, Roy has moved in to Betty’s suburban bungalow. This is a platonic arrangement, necessitated by Roy’s supposedly bad knee, which means he can’t climb the stairs to his top-floor apartment. He invites his ‘accountant’ sidekick, Vincent (Jim Carter), to visit, and together they prepare the ground for their great robbery. But Betty isn’t stupid, and she has her grandson, Steven (Russell Tovey), to look out for her…

The plot (based on Nicholas Searle’s novel)  is gripping, and it’s refreshing to see older actors in such meaty roles – and, indeed, to see this kind of dark thriller targeting an older audience. The Good Liar is a long way from the cosy middle-class japes of The Best Exotic Marigold Hotel; these are complex characters, played with wit and vivacity.

There are some issues. Some of the so-called twists are apparent early on, and the extended flashback sequences are a tad too expositional. The final revelation comes out of the blue, and doesn’t feel like it’s been adequately set up. And I do have a problem with aspects of the film’s worldview, where illness and infirmity are served up as karma, and where the type of house you can afford to buy determines how ‘interesting’ you are.

Still, this is a lively, slick movie, as sprightly as its veteran leads.