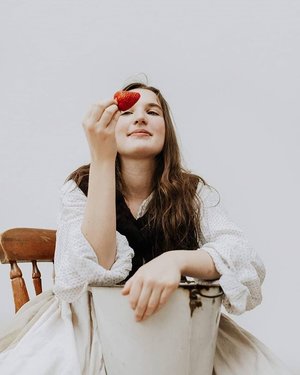 Tess (of the d’Urbervilles) might not seem like an obvious choice for a late night Fringe show, but Ondervinden and G & T Productions’ rumbustious interpretation is perfectly suited to its time slot: a lively ‘pint-in-hand’ production, with live folk music and gutsy performances.

The three-hander, written and directed by Elske Waite, is a sprightly affair, illuminating  the core of Hardy’s novel. It’s the same plot (impoverished country girl raped by entitled rich man then spurned by society), but this version is a lot less dour than its progenitor, and there’s a welcome dose of feminism thrown into the mix. The music (courtesy of Jonathan Ip, Tenzin Stephen and Isla Ratcliff) makes a perfect accompaniment for this rollicking adaptation.

Polly Waldron plays Tess, imbuing her with such childish innocence that only a stone-hearted person could fail to be moved by the abuse she suffers. But she’s not silent, and I like that: she knows she is being cruelly wronged, and she stands up for herself. Emily Windham and Colette McNulty play all the other characters, with token costume additions to symbolise a change of role. It’s nicely done: McNulty excels at the comic stuff, while Windham is perfect as Angel Clare, his chilling self-righteousness horribly exposed.

The set design (by Khadija Raza) is simple but witty; I especially like the cow, made from a sawhorse and a rubber glove, and the quirky humour of a tiny piece of astroturf.

So don’t be put off by the idea of Thomas Hardy as an evening out. This Tess knows how to party.