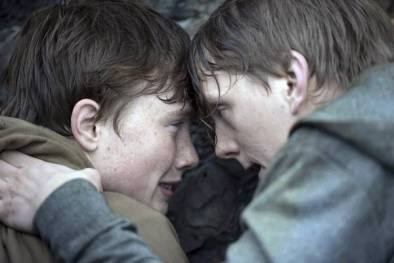 Since his sterling work on the Jason Bourne franchise, Paul Greengrass has earned a reputation as a master of the action movie but, in 22 July, he pursues a more thoughtful and measured approach to this true life horror story.

In July 2011, white supremicist Anders Breivik, enacted a horrible crime, detonating a bomb in Oslo and, shortly afterwards, travelling to Utøya island to hunt down and kill members of the Norwegian Labour party’s youth league, who were attending a summer camp there. Heavily armed and disguised as a police officer, Breivik killed more than seventy people, most of them teenagers.

Although Greengrass depicts these events in unflinching detail, they only comprise the first third of the film. He then moves beyond the tragedy to focus on young survivor, Viljar Hansen (Jonas Strand Gravil), who, despite being horribly injured in the attack, devotes himself to recovering enough to be able to confront Breivik (chillingly portrayed by  Anders Danielsen Lie) in court. Hansen’s achievement is astonishing and turns what could have been a profoundly depressing film into something more important, more life affirming.

What really impresses here is Norway’s even-handed approach to Breivik’s crime, refusing to ‘monster’ him and treating him with the kind of dignity and fairness that he denied his victims. I particularly like Jon Oigarden’s masterful performance as lawyer, Geir Lippestad, the man who was handed the poisoned chalice of having to defend Breveik in court.

This film is a Netflix Original, so it’s there to be watched whenever you’re ready for it, but be warned, it does feature scenes that some will find distressing. Neverthless, its observations about the rise of right wing politics in Norway (and indeed the world in general) is an important and affecting story that’s well worth investigation.