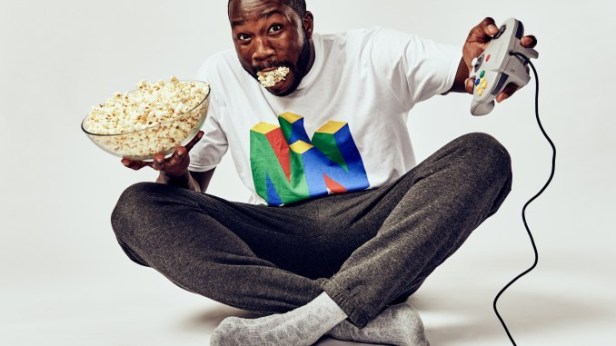 Kwame Asante’s latest show, Teenage Heartblob, purports to focus on his experiences as an overweight child and obese teenager, as well as how he now responds to other people’s obesity in his day job as an NHS doctor. And it does, kind of, although not in much detail.

He’s a likeable character; his stage persona is warm and affable, friendly and relatable. He’s impressive too: still only twenty-eight, and already enjoying success in two difficult careers. He clearly has huge affection for his family, and his openness is quite disarming. When he shows a photograph of his mother, for example, there’s an audible ‘aaah…’ from the audience. His charm is indisputable.

The most interesting sections of the show are those relating to his younger days, especially the stories of summers spent visiting Ghana, his frustration at feeling first-generation immigrant guilt, at not quite fitting in, either there or in London.

It’s not ROFL stuff, but it’s not meant to be: there’s a contemplative air to Asante’s set; he’d be a great after-dinner speaker, I think. Sometimes I wish he’d mine his ideas further – there is a tendency to draw back that means we don’t go deep enough; he skims over losing weight, the impact this must have had, how he really feels about obesity as a doctor, etc. This would be a stronger show if he could make that extra push.

Still, there are far worse ways to spend an hour than in the company of this accomplished and entertaining man.