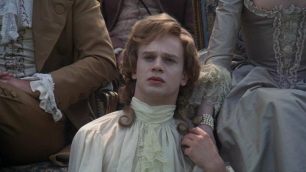 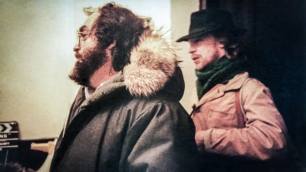 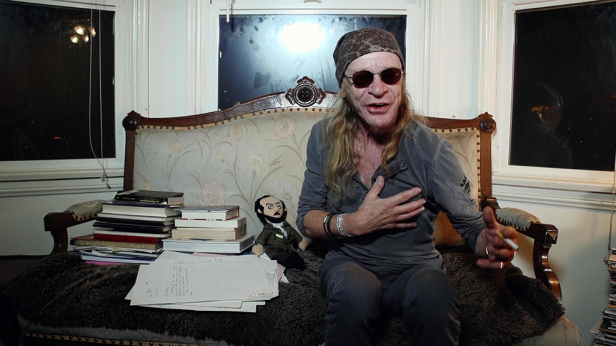 Behind every great film director stands a whole horde of underpaid, overworked minions, whose very raison d’etre is to enable said director to get his or her vision up onto the big screen, exactly as it has been envisioned. As great directors go, few are as legendary as the late, great Stanley Kubrick. But Filmworker is not so much his story as that of one of those underpaid, overworked minions, in this case a man by the name of  Leon Vitali.

Vitali’s story is unusual to say the very least. In 1967, he went to the pictures to watch 2001: A Space Odyssey and casually remarked to his companion, ‘One day, I’m going to work for that director.’ Vitali went on to be a pretty successful actor, appearing in all manner of films and TV shows – weirdly, I vividly remember his appearances in the comedy series, Please, Sir, when I was just a kid. And then, in 1975, he did indeed get to work with Kubrick, playing a major role in his lavish (and under-appreciated ) historical drama, Barry Lyndon. But Vitali was much more interested in the nuts and bolts of film making than developing a career in acting and, against all advice, he gave it up to become Kubrick’s right hand man, a role he fulfilled until the director’s death in 1999, shortly after completing filming on Eyes Wide Shut. In all the tributes and ceremonies that followed Kubrick’s death, Vitali was pretty much ignored – he didn’t even receive an invitation to an exhibition based around the director’s film legacy – and yet his loyalty and love for his former employer is all too evident in this compelling documentary, which provides an intriguing look into the four features they worked on together and makes me appreciate the nuts and bolts that underlie every movie.

It must be said that the picture of Kubrick that emerges from this story is not a particularly salutary one, even if Vitali won’t hear a bad word said about him. Kubrick seems to have relished piling tons of work onto his ‘gopher,’ relentlessly making him go over and over every tiny detail – but of course, it was this very attention to detail that made Kubrick the unique director that he was and Vitali seems to have been happy to take the punishment. It’s sobering though, to see the evident toll that such a brutal schedule has taken on Vitali’s health, leaving him a shadow of his former self. More importantly, though, it does make you admire his tenacity and loyalty in doing everything he can to ensure that Kubrick’s cinematic heritage remains as pristine as he himself would have wanted. Hardly surprising then, that the story ends with the news that Vitali is currently working on a new digital transfer of 2001.

While this certainly won’t be for everyone – a working knowledge of Kubrick’s films is, I believe, a definite advantage – I find this an intriguing and curiously affecting story. It also means that whenever I rewatch a Kubrick film, I’ll be thinking of the unsung hero standing at his shoulder, helping the creative wheels to run smoothly.