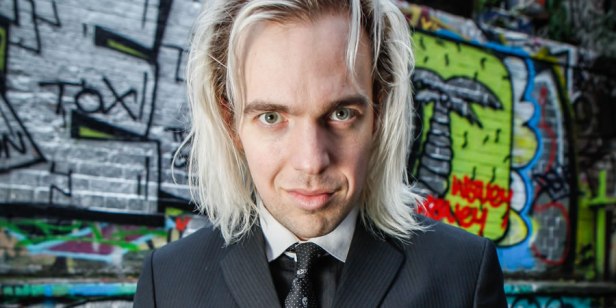 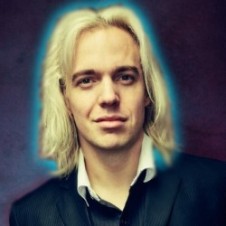 John Robertson is, as ever, in no mood to take any prisoners. After a noisy rock-star intro, the antipodean raconteur bounds onto the stage and starts to lay into us, his beloved audience, tearing us to pieces with a string of savage observations. He tells us he has ‘too much confidence’ and even predicts exactly how the show is going to end. If we think he’s exaggerating for comic effect, we’re wrong. It happens exactly as he describes it and I have to say, it’s probably one of the most bizarre conclusions to any show I’ve seen in Edinburgh. And trust me, I’ve seen a lot.

Robertson is a regular fixture on the Fringe, both with his stand up routines and his interactive Dark Room role-playing game. (This year, he’s even doing a kids’ version of the latter, but don’t be fooled into thinking that means he’s generally appropriate for children – he’s most definitely not!) Tonight’s scattershot barrage of stories touches on all manner of subjects: his sexuality; the shortcomings of the room in which he’s performing (he describes it as a partially-filled broom closet); the strange mannerisms of the people who’ve turned out to see him; the fact that the woman from whom he’s just stolen a drink might have given him herpes; the news that the pet dog, whose death provided the inspiration for last year’s routine, isn’t actually dead because… well, you’ll have to see the show to find out about that.

It’s all (apparently) improvised – he proudly claims to never do the same routine twice – and, unless you’re very prudish, you will laugh yourself silly. You’ll also marvel at the man’s chutzpah, his invention, his intelligence and yes, his courage, because this is genuinely challenging stuff, much more so than what generally passes for ‘edgy’ material – mostly, I believe, because all of his excesses are anchored in some kind of reality.

In many ways, I think Robertson exemplifies the true spirit of the Fringe. When they come to hand out this year’s award, somebody should give him proper consideration, though I suspect he’s thought of as way too dangerous for that to ever happen.

Nevertheless, this show represents Robertson at the top of his game and, if you decide to pass him up for a bigger, safer bet, well, you’ll only have yourself to blame. You’ll be missing one of the best shows at the Fringe.