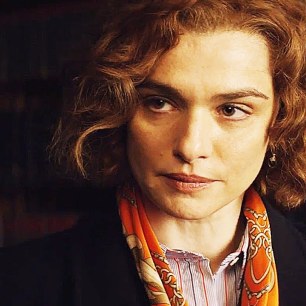 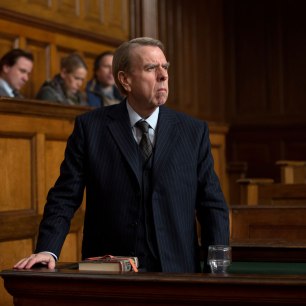 You’d be hard put to find a worthier subject than that depicted in Denial. It’s based around the true story of American historian, Deborah Lipstadt (Rachel Weisz), who, in the late 90s, was sued for defamation by author, David Irving (a slimmed-down and eerily repellant, Timothy Spall), after she dismissed his ramblings in print as the work of  a ‘holocaust denier.’ An admitted lifelong Hitler obsessive, Irving repeatedly maintained that there was no real proof that the Nazis carried out genocide on the Jewish people during the Second World War, and that Jews had simply fabricated the idea in order to obtain reparation from the Germans after the conflict was over.

The trial is played out in London and Lipstadt is horrified to discover that, because of the peculiarities of British law, it is not for her to prove that Irving is wrong, but rather that she is correct in insisting that the Holocaust actually took place. To lose the case would be unthinkable. Her solicitor, Anthony Julius (Andrew Scott), is insistent that Lipstadt will not be allowed to take the stand, and neither, for that matter, will any Jewish survivors, who will run the risk of being publicly humiliated by Irving. Just to make things even more difficult, Julius decides that the case  should be deliberated not by a jury, but by a single high court Judge.

This is, of course, what actually happened, so we can hardly take umbrage with the particulars of the case – but, in terms of a screenplay, it makes it very hard for playwright David Hare to generate any sense of the actual drama. Lipstadt is forced to sit throughout the proceedings in frustrated silence while barrister Richard Rampton (Tom Wilkinson) conducts the case on her behalf. The result is, I’m afraid, a curiously unaffecting film, one that fails to engage an audience as much as it needs to. Even the scenes shot in modern day Auschwitz seem somehow perfunctory and lacking in emotional depth. And of course, since we all know the outcome of the case, there’s no real suspense here, either.

This is a shame because on nearly every other level the film is nicely done. There are strong performances from an excellent cast, it is decently shot and Irving’s famous interview with Jeremy Paxman is cleverly reenacted. But I have to say, worthy though the subject undoubtedly is, this doesn’t have the kind of impact it could.