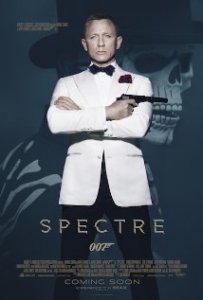 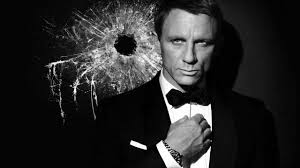 The James Bond movies seem to have settled into a regular pattern – a decent outing alternating with a not so decent one. I’ve been following the films since Dr No and was initially delighted with Daniel Craig’s efforts. Casino Royale delivered a much needed kick up the franchise, even if most of its chops were nicked from The Bourne Identity. Craig seemed to cleave closer to Ian Fleming’s vision of his infamous antihero and the silly gimmicks were kept to a minimum. Quantum of Solace felt like a decidedly patchy follow-up, which never really built up a head of steam. Skyfall of course, kicked things clear out of the stadium, becoming the most successful Bond film of all time, which leaves returning director Sam Mendes only one direction in which to take things. Down.

In the latest outing, Bond is (once again) looking like he’s all washed up. He’s gone out on his own in search of the orchestrator of a sinister organisation and M (Ralph Fiennes) has no option but to order him to stand down. Not that it deters him at all. With the help of Q (Ben Wishaw) and Moneypenny (Naomie Harris) he loads his gun and heads out after the bad guys. Before you can say implausible, he’s heading off to a variety of locations to hunt down whichever evil mastermind is behind the latest series of outrages. Meanwhile, the headquarters of MI6, bombed to destruction in Skyfall, have been replaced by a brand new super dooper high rise building, masterminded by C (Andrew Scott) who may as well have the word ‘dodgy’ tattooed on his forehead.

The film starts promisingly with a pre-credits sequence set amidst Mexico City’s El Dia De Muerte celebrations. There’s a Touch of Evil style tracking shot, some massive explosions and a helicopter-set punch up that redefines the word ‘thrilling.’ If the rest of the film was up to this standard, it would be a wonderful thing indeed. Instead, after Sam Smith’s forgettable theme song, (too shrill by half) we’re treated to some exposition, which, after that brilliant opening salvo, seems to move with all the urgency of molasses in winter. It takes quite a while for the film to recover – there’s a forgettable car chase, a punch up on a train that echoes Connery’s fight with Robert Shaw in From Russia With Love, a new love interest with Gallic moody monkey Lea Seydoux and a brief snogathon with Monica Bellucchi that looks like it’s crawled straight out of the sexist 60s. Things don’t really pick up much until chief villain Oberhauzer (Cristophe Waltz) puts in a belated appearance, whereupon we’re treated to a bit of torture, (always a great way to focus the attention), followed by what ought to be the finale.

Except that it’s not. There’s another finale, which though decently executed feels like a sequence too far (and judging by the legions of audience members paying a visit to the loo, we weren’t the only ones who felt this way). SPECTRE is decent entertainment and it’s savvy enough to reference many of the earlier movies, but it’s not strong enough to take its place with the best examples of the series. Some tightening up would have helped it hit all the right targets, but as it stands, this falls into the usual pattern. ‘Bond will return’ promises a credit, but will he be Daniel Craig? Watch this space.