The 355 is a lot of fun. It’s a wet afternoon in Edinburgh, and we’re in the mood for some light-hearted distraction, and these female secret agents tick that box expertly. This film is a lively addition to the action-spy pantheon.

It’s an international affair, with operatives from the UK (Lupita Nyong’o), the USA (Jessica Chastain), Germany (Diane Kruger) and Colombia (Penélope Cruz) teaming up to find a hard-drive with the power to destroy the world. Okay, so the stakes are ludicrously high, but they always are in this genre, and director Simon Kinberg does enough to persuade me to suspend my disbelief. It’s not ground-breaking – in fact, it’s pretty generic – but I don’t mind that. I think it’s okay to do ‘James Bond, but with women’ – because, well, why not? This film is both accomplished and diverting, and the performances are universally strong.

The pace is furious, so we’re never given time to dwell on any of the more outré details, which is probably a good thing. We’re in Colombia, then Washington DC, then Paris; Berlin, London, Paris again, Marrakesh, Shanghai. It’s a frantic journey around the globe, the team an object lesson in international relations.

The action scenes are nicely choreographed, and always feel fresh, the standouts being shot in a fish market and the Paris Metro. I’m not sure why Mace (Chastain) wears heels to the former shootout (this isn’t a film that focuses on what the women wear, nor are there any silly sexist jokes about inappropriate footwear), but that’s just a small detail. Some of the dialogue is a little clunky in places but, for the main part, the writing is sprightly and engaging.

In short, The 355 isn’t going to change the world its protagonists save, but it might just brighten up your day. 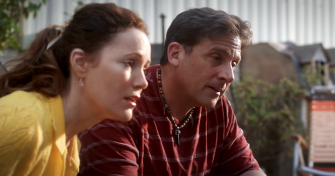 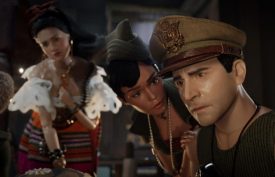 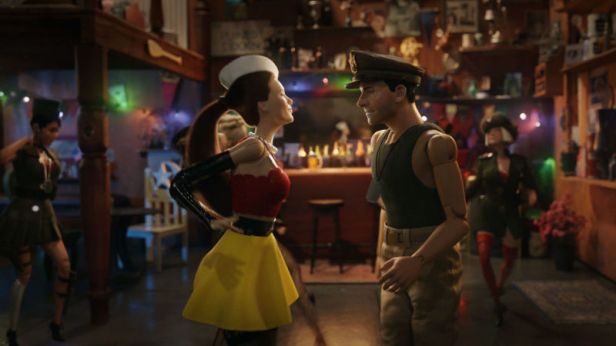 Robert Zemeckis is a veteran director who refuses to rest on his laurels. Over the years, he’s been responsible for some major hits – Back to the Future, Forest Gump, Who Killed Roger Rabbit?  – and, of course,  there’ve been a few misfires –  Beowulf for example? And The Polar Express is a film that tends to divide viewers.

Welcome to Marwen is a ‘so weird it must be true’ story, based on the life of artist, Mark Hogancamp, though it should be noted that, like a lot of ‘true’ stories, the scriptwriters don’t hesitate to jettison those facts that don’t fit with their vision of the tale.

Hogancamp’s backstory is a harrowing one. A talented artist with a passion for World War 2 imagery and an obsession with wearing women’s shoes, he drunkenly confessed this to some strangers he met in a bar, who then ambushed him and beat him mercilessly, putting him into a coma for nine days. When he finally came back to his senses, he found that he had lost all memory of what happened to him before the night of the attack – and he could no longer remember how to draw.

When we first encounter Hogancamp (Steve Carell), he is engaged in a long-established photography project that is an attempt both to rekindle his artistic abilities and to come to terms with the awful hate crime that has robbed him of his former life. In his garden, he has constructed Marwen, a miniature Belgian town, occupied by Nazis and populated by dolls. It’s here that his avatar, Captain Hogie, a fearless maverick (who also has a liking for high heels) is running an energetic resistance movement, backed up by five female freedom fighters – all based on women who are important in the artist’s life,

It must be said that the women in question seem to take his somewhat creepy depictions of them with unbelievably good grace, but I guess they knew him before he was attacked, and are prepared to cut him some slack.

Of course, this being a Robert Zemeckis film, Hogie’s adventures are recreated through state-of-the-art motion-capture and there’s no denying that the ensuing scenes are an extraordinary technological achievement. But the main problem is that the film can’t seem to decide what it wants to be. For the most part, it’s about a man going through a slow healing process and gradually gaining the necessary strength to confront his assailants in court, but the real life scenes are regularly interspersed with more of those mo-cap sequences and I can’t help feeling there’s rather too many of them and that – until the very end – they all seem to play out in exactly the same way, without really advancing the story.

There’s a tendency too to punch home the film’s messages with a heavier hand than seems strictly necessary. Déja (Diane Kruger)’s significance, for example, is immediately apparent, but spelled out laboriously for the hard of thinking,

Carrell, it must be said,  is terrific in the lead role and Merritt Wever is appealing as the manager of the local toy shop who quietly carries a torch for him.

Welcome to Marwen is never less than interesting – but, despite all that cutting-edge brilliance, there’s something here that doesn’t quite add up to a satisfying night at the cinema. 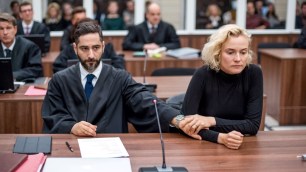 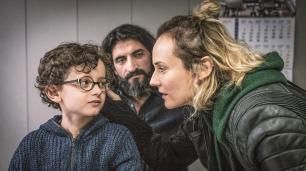 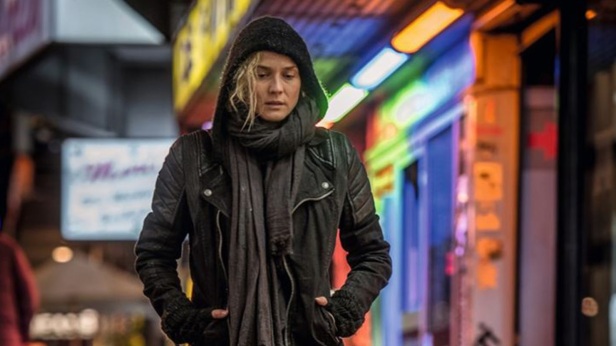 In the Fade is unquestionably Diane Kruger’s film. As Katja Sekerci, she is more than the centre of the story: she is the story. We see everything through her eyes – witnessing only what she does. The prologue shows her wedding to Nuri (Numan Acar), newly released from prison after serving a sentence for dealing drugs, and then we move on to the present day: we’re in Hamburg, Germany; Nuri is a reformed character, working as a travel agent and tax advisor for fellow Turkish immigrants. They have a son, Rocco (Rafael Santana); they clearly love him very much. Katja leaves Rocco with Nuri in his office and heads off to spend the afternoon in a spa with her friend, Birgit (Samia Muriel Chancrin). When she returns, it’s to utter devastation: Nuri and Rocco have been killed in a terrorist attack, the work of neo-Nazis. Katja’s world shrinks to an open wound. There’s nothing else for her to do but fight for justice for her family.

It’s a bravura performance from Kruger, who rightly won the best actress award at Cannes last year: she’s in every scene, treading the line between bold and nuanced with absolute élan. Her pain is palpable, and her desire for revenge is human-sized; I like that she doesn’t become a super-vigilante, that her plans are fallible and credible. The second act (the courtroom drama) is cleverly drawn, the niceties of the justice system shown to be as necessary as they are flawed. If there is reasonable doubt, then there shouldn’t be a conviction – this has to hold true. Equally, the desire for vengeance is a fact of life; of course Katja can’t accept a verdict that allows the guilty to go free.

This is a difficult film to watch, but well worth the effort; it’s painful, but it’s got real heart. I like the way that writer/director Fatih Akin neither lionises nor demonises the Turkish community; similarly the police, the courts, the family. Katja and Nuri are not angels, but they don’t have to be. They have a right to justice too.