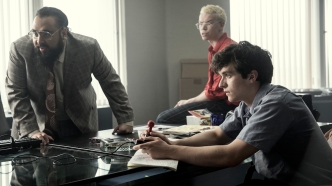 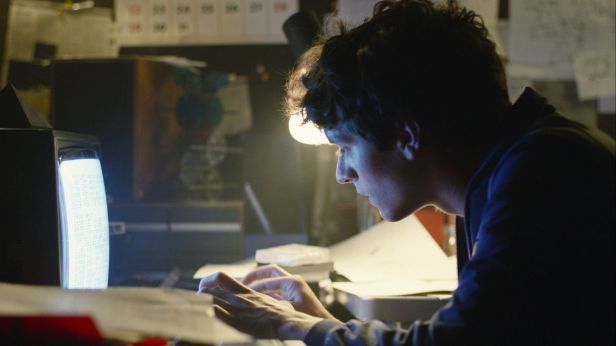 We haven’t reviewed earlier episodes of Charlie Brooker’s excellent Black Mirror series, mainly because we don’t really do TV shows – but a couple of things feel different this time around. For one thing, with so many feature films making their debuts on Netflix these days, it seems more appropriate. And for another, Bandersnatch is something of a game-changer. This is an interactive story, heavily influenced by the ‘make your own adventure’ books of the 1980s and one in which viewers can participate. As the tale unfolds, we are faced with a series of simple decisions: should a character choose Sugar Puffs or Frosties, for example? Clicking on one suggestion or another will influence what consequently happens on the screen. It starts small but the choices become ever more dramatic as the story scampers along.

It’s 1984 and young Stefan Butler (Fionn Whitehead) is an ambitious video game designer, who, after the tragic death of his mother, is living alone with his secretive father, Peter (Craig Parkinson). Stefan, when not spending time with his analyst, Dr Haynes (Alice Lowe), is developing a brand new game called Bandersnatch, which he takes along to major video game publisher, Tuckersoft, headed by ponytailed entrepreneur, Mohan Thakur (Asim Chaudrey). At the initial meeting, Stefan is introduced to one of his video game designer idols, Colin Ritman (Will Poulter), and is subsequently astonished to discover that the team like his ideas and want to offer him the opportunity to make it a reality.

But will he accept the offer? Well, that’s kind of up to you…

Bandersnatch is an astonishingly meta idea. As our choices send the action into deeper and ever more labyrinthine rabbit holes, it occurs to me that I am watching something that I am, however tangentially, able to influence. Rather than just being a passive observer, I am involved in the creation of a fiction. It gets even more interesting when characters I am trying to influence begin to disobey me. This is a genuinely exciting idea and it soon becomes apparent that the episode may require at least one repeat viewing to see if different choices will radically affect the outcome.

I’m not suggesting that Bandersnatch is one hundred percent successful. There’s a tendency to come up against buffers which repeatedly send you back to watch the same sequences over again – and I can’t help feeling that one particular outcome may happen in every version of the story – but Brooker deserves plaudits for coming up with this – and Netflix too, for having the chutzpah to finance it.

Where this concept may lead audiences in the future opens up fields for speculation, but to me it feels like an interesting first step. Watch this space.